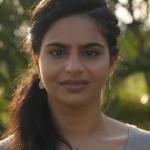 I just read an interview in Wired with Facebook’s first female engineer, Ruchi Sanghvi, who addressed some of the challenges and experiences that she has had being a woman at Facebook and Dropbox. I first intended to write about her success in the field of technology having been a groundbreaking woman creating incredible programs starting as early as 2005. However, as I read through the interview, something in her answers kept coming up and that was the challenge she found dealing with the implicit biases her male counterparts had as it related to gender differences in the workplace.

The Kirwan Institute for the Study of Race and Ethnicity has written an article explaining implicit bias:

Implicit bias refers to the attitudes or stereotypes that affect our understanding, actions, and decisions in an unconscious manner.  These biases, which encompass both favorable and unfavorable assessments, are activated involuntarily and without an individual’s awareness or intentional control.  Residing deep in the subconscious, these biases are different from known biases that individuals may choose to conceal for the purposes of social and/or political correctness.  Rather, implicit biases are not accessible through introspection.

It is the bias we have developed that is unconscious that can color our decisions and how we think about others in the work place. In the Wired interview, Ruchi addresses the struggle she has had:

I can look back at my career and I can say these things were really hard for me because of these implicit biases. I don’t like being called aggressive. And that reputation has stuck with me. Any company that I go to, any VC firm that I talk to, everybody thinks of me as the aggressive person who can get shit done, at all costs.

The other thing: I was never able to be buddies with folks around me. It was hard. My husband [Dropbox’s Aditya Agarwal] has always worked with the same set of people [as me] because we’ve always worked at the same companies. He’s always been friendlier. Yes, he is more extroverted than I am, so that helps. But on the other hand, it’s always been very difficult for me to have those same kind of relationships with people. And the one thing to remember is that in any company, everything is based on trust. And trust is not just built in a professional environment or based on your work. It’s also built socially.

There has been quite a bit of study around recognizing employee implicit biases and attempting to alter their unconscious preferences. One extensive study involved 17,000 participants trying 17 different techniques to change implicit bias. Those techniques that were rationally based, in other words, talking to participants and getting them to agree that men and women, black and white were all the same rather than one being good and the other bad; DIDN’T work. Appealing to logical thinking was a big bust. It was, in fact, the explicit methods – fake it until you make it – that were most successful. To read more on this study, click here.

The first step is recognizing the challenge that implicit biases have on decision making and gender diversity in the workplace. We know that women leaders are as successful if not more so than men, and yet overcoming those implicit biases may make change a challenge.

From the article explaining implicit biases further we learn the following:

We have to hold on to that last point – we can, in fact, change our implicit biases if we want to. For Ruchi, things are greatly different for her and other women in technology than they were in 2005 when she became Facebook’s first engineer:

That is exciting news. So with awareness comes a need and with a need comes a plan to change company culture to be more diverse. It won’t happen overnight but as long as we continue to shine a spotlight on the need for more women in leadership positions in STEM industries, the closer we will get to having a more thought diverse company.