Does your company have female role models?

One of the challenges to developing businesses with more levels of diverse talent is based on the talent you have today and where they sit in the organization. When women seek opportunities, they often research the company in a variety of ways both online and through their network before even applying for a role. If a quick look at the leadership team and their direct reports show a homogenous view, they are often less confident that the organization knows how to engage and foster diverse talent. 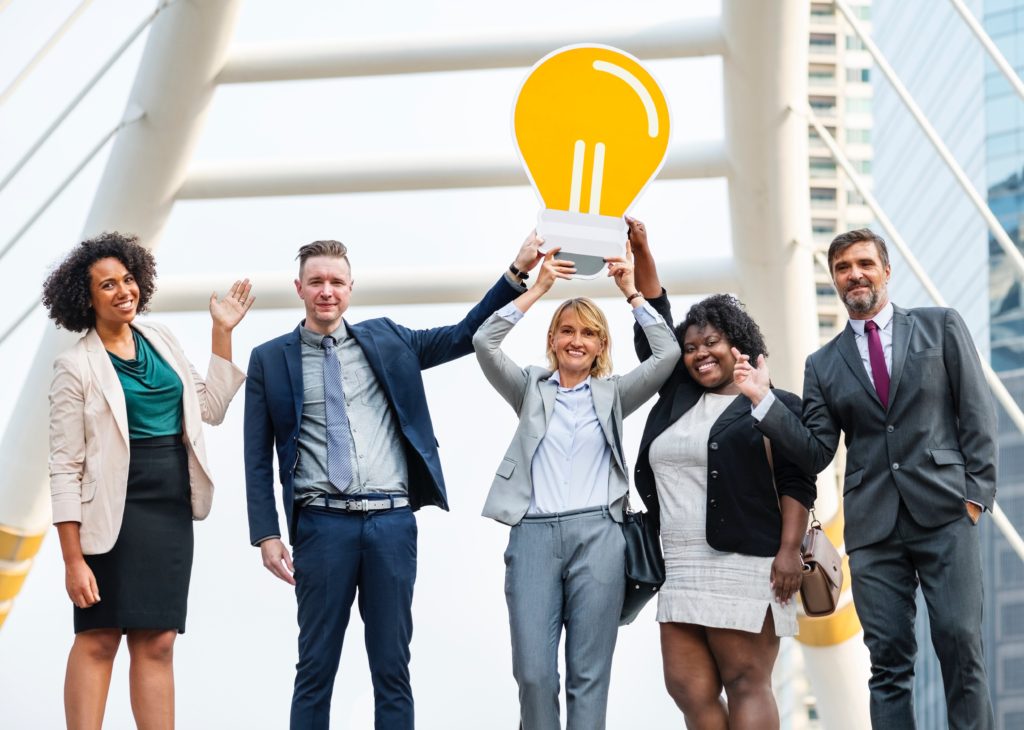 Many people lean toward environments where they feel represented. Many correlate your existing staff with how inclusive your organization is or is not.

It starts in school. Girls are often less inclined to choose to participate in competition and business ventures if they don’t have a female role model. In the recent article, Most Gen Z girls and women lack a key success lesson in their education, we learn that when women resist putting themselves out there in competitive environments at the school level, that can hinder their performance later in their career.

The study showed that women were less inclined to participate and yet when they did, they were more likely to win.

“Anything early on that requires you to be competitive has a direct correlation to developing swagger,” George Brooks, Americas Leader, People Advisory Services at EY said. “When I look at the key new attributes, entrepreneurship and resilience carry over to the business world.”But he said it is clear from the low participation rates in business competitions among women that girls need to be encouraged. “They need someone to be their role models and give them a nudge,” Brooks said, especially since the results show that when women do compete they outperform men.

Carrying that idea of female role models helping to encourage women in the workplace,  I work with business leaders is to help them create a culture that is attractive to other women in tech. Although it has been proven in a variety of surveys that having a more thought diverse team benefits profits, advancement, cohesion and the work environment; company leaders still struggle to attract and retain a strong female contingent.

In an article by Sharon Florentine published in CIO, she offers 6 Ways to Attract and Retain Women in Technology. One of those ways is by having female role models.

“I often have executives from other companies call me and say, ‘How do you recruit and retain women? The skills gap is huge, and we know women have these skills, but we just can’t get them to apply. We want them, but we don’t understand what we’re doing wrong,'” Parsons says.

When Parsons took over as CEO, she set about recruiting and hiring other women into Palo Alto’s executive leadership and to the engineering team (across the industry, women make up only a small percentage of software engineers).

Adding a woman to its development leadership team made a big difference when it came to who was applying for positions with her organization. “Once we had Lara [Fields, chief product architect] on board, we absolutely began to get more resumes from other women. Now, 30 percent of our engineering group [is made up of] women. I don’t know if other women are looking at us and saying, ‘There’s a woman at the helm, there are a number of women in leadership positions. Hell, yes, I want to apply!’ but that’s the feeling I get,” Parsons says.

Just adding ONE woman in a leadership role made a huge difference. Changing our habits and patterns of hiring is a slow process; like changing the direction of a cruise ship, too quick a change can capsize the ship. However, we need to move past awareness to action.

It’s a Chicken and Egg Situation

Okay, but if there aren’t women leading tech companies now, how does a company attract women leaders? Deloitte has found a great way to address this problem with the Buddy System. In another article offering 6 Ways to Get Women In Leadership Roles and Keep Them There, the author, Cynthia Stuckey, shares their program:

Deloitte makes diversity and gender equality an important aspect of training. The company matches senior leaders (mostly male) to rising female talent for one to two years. The objectives are to build confidence, create visibility of talent internally, and provide access to stretch assignments.

What makes Deloitte’s program successful is that the company measures the results of the coaching efforts and holds each coach accountable for the success of his assigned leader in developing new capabilities and expansions of networks. The results are then directly tied to the coach’s performance review and compensation.

Their Buddy System is a great way to begin to move the needle. This is a challenge for the long haul, it is a journey, but as always, the journey begins with the first step. If you are interested in learning how your company can attract, recruit and retain women in technology, check out some of the programs and workshops available from Tech Savvy Women.